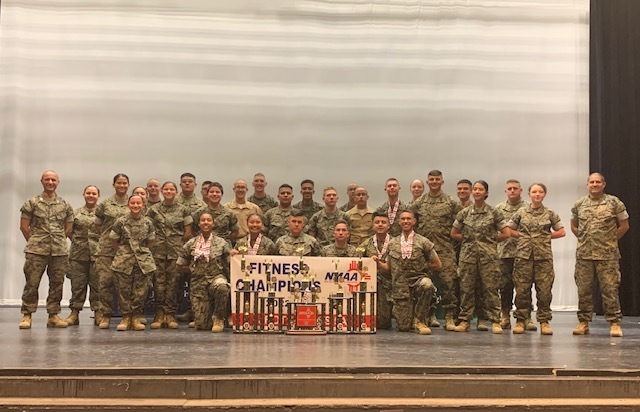 The Rio Rancho High School JROTC has some great news...they've secured several victories at big competitions and two students will be receiving scholarships.

That's right, the Rams Marine Corps JROTC recently learned that two of their seniors, Cody Cragun and Bradley Rangel, were awarded Army ROTC scholarships. The scholarships will pay 100% of their tuition costs.

Plus, as the icing on the cake, the Rams JROTC team learned that they won a first place overall at the state competition (the first time winning this honor). In addition, the Drill Teams placed second at Marine Corps Drill Regionals, which qualified them to compete at Marine Corps Drill Nationals for the first time in the history of the Rio Rancho High School JROTC program.  The Physical Fitness Teams also brought an NMAA Banner home recently because they were crowned the 2022 Physical Fitness State Champions.

The Rams JROTC students are an amazing group filled with determination and skill. We're so proud of all of them and look forward to more great things from them in the future!